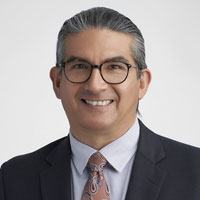 Alvin Warren was nominated to the AmeriCorps Board of Directors by President Biden in January 2022 and confirmed by the U.S. Senate in March 2022.

Warren is a member of Santa Clara Pueblo where he lives with his wife Pamela, an Isleta Pueblo tribal member, and their children. He’s vice president of Career Pathways and Advocacy for the LANL Foundation in Espanola, N.M. In this role he’s responsible for expanding students’ access to academic and technical opportunities by supporting the growth of college and career readiness in districts, schools, communities and Native American Pueblos, Tribes and Nations. He leads the foundation’s work with secondary schools, universities, colleges, industry leaders and government representatives to develop and support a seamless educational continuum. Warren is a former cabinet secretary of Indian Affairs for the State of New Mexico, lieutenant governor of Santa Clara, program officer for the W.K. Kellogg Foundation, national Tribal Lands Program director for The Trust for Public Lands and land claims / water rights coordinator for Santa Clara.

During his career, Warren has helped tribes across the United States regain and protect traditional lands; ensured that over $120 million in state dollars flowed to tribes to build essential infrastructure; enacted state legislation establishing a framework for collaborative state-tribal governmental relations; developed and sustained tribal immersion and dual language schools and positively transform public narratives about indigenous peoples. Warren is the president of the Kha’p’o Community School Board; co-chair of the New Mexico Broadband Collective, an advisory committee member for the Native American Relief Fund; and on the board of directors for the International Funders for Indigenous Peoples. He’s a longtime farmer who’s actively involved in the cultural life of his tribal community.

Warren earned a BA in history from Dartmouth College and a Master of Public Administration from Harvard University’s John F. Kennedy School of Government.