The Martin Luther King Jr. holiday is an official day of service and celebrates the civil rights leader’s life and legacy.
Events 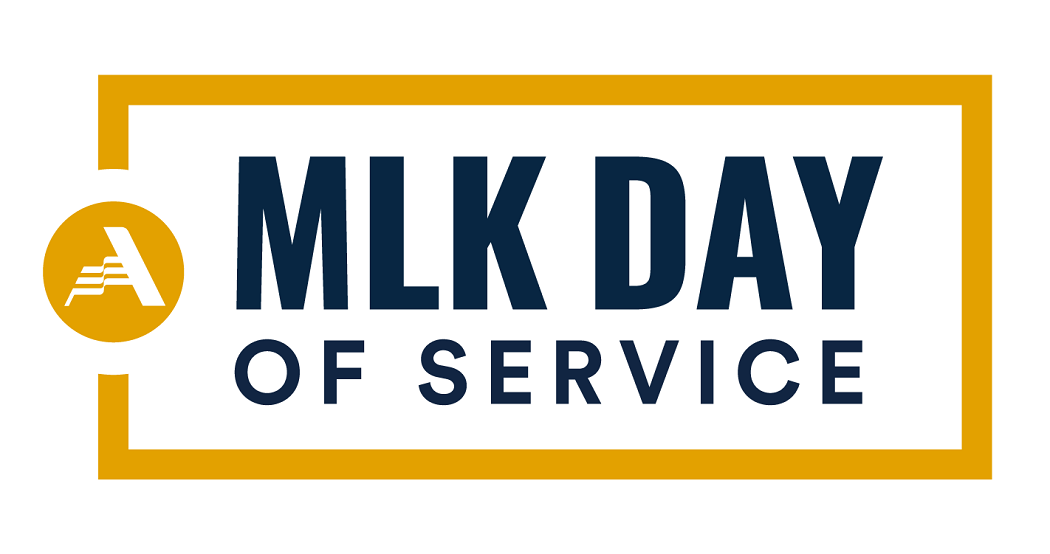 Observed each year on the third Monday in January as “a day on, not a day off,” MLK Day is the only federal holiday designated as a national day of service to encourage all Americans to volunteer to improve their communities. AmeriCorps has been charged with leading this effort for the past quarter century.

AmeriCorps collaborated with the Presidential Inaugural Committee on the MLK National Day of Service.

Together, we encourage you to engage in volunteer service in honor of the Dr. Martin Luther King Jr. If you are hosting a service project, please register it on the Presidential Inaugural website. Make a commitment to serve in your community throughout 2021.

I commit to serve

Use this search tool to join an event near you.

The above video may include external links to YouTube’s video platform. YouTube’s privacy and security practices and policies may differ from AmeriCorps'. AmeriCorps is not responsible for these links nor does it endorse the content of the third-party website. Find out more.

Make it a Day ON, not a day off

Use our search tool to find volunteer opportunities near you.

A Day ON... for your community

The MLK Day of Service inspires hundreds of thousands of Americans to come together to serve their community. Citizens in all 50 states deliver meals, refurbish schools and community centers, and collect food and clothing. Volunteers also recruit mentors, support jobseekers, build homes and provide other services for veterans and military families, and help citizens improve their financial literacy skills. Our nation’s leaders including congressional members, governors, and mayors honor Dr. King’s legacy through service projects while addressing pressing community needs.

After a long struggle, legislation was signed in 1983 to mark the birthday of Dr. King as a federal holiday. Americans first observed the holiday in 1986. In 1994, Congress designated the holiday as a national day of service and charged AmeriCorps with leading this effort. Taking place each third Monday in January, the Martin Luther King, Jr. Day of Service is the only federal holiday observed as a national day of service — a "day on, not a day off." This day of service helps to empower individuals, strengthen communities, bridge barriers, address social problems, and move us closer to Dr. King's vision of a "Beloved Community."

Why serve on MLK Day?

Dr. King recognized the power of service. He famously said, "Everyone can be great because everybody can serve." Observing the Martin Luther King, Jr. federal holiday through service is a way to begin each year with a commitment to making your community a better place. Your service honors Dr. King's life and teachings and helps meet community challenges. Service also brings people together of all ages, backgrounds, and abilities. The MLK Day of Service encourages all types of service, particularly projects that have a lasting impact and connect participants to ongoing service. The most successful projects connect to the life and teaching of Dr. King, meet a pressing community need, and include time to reflect on his teachings.

How can I serve on MLK Day?

In the words of Martin Luther King, Jr., "Everybody can be great because everybody can serve." Use our Find a Volunteer Opportunity search to find an opportunity in your community! Or, on the MLK Day of Service, find an organization you care about and pledge to serve all year long.

How can I continue to serve after MLK Day?

Start by connecting your MLK Day activities to the service you want to do during the year. That may mean that you attend a volunteer training on King Day to prepare to serve as a regular volunteer. Or it may mean that you volunteer with a new organization you want to learn more about. Where and how you serve is up to you – the important thing is to get involved.

Want to partner with national service but not sure you can commit to a whole year? Apply for funds to host a project on MLK Day of Service.

Subscribe to our email listserv to learn more about MLK Day.

Rev. Dr. Martin Luther King, Jr. was a vital figure of the modern era and a pivotal figure in the Civil Rights Movement. His sermons, lectures, and dialogues stirred the concern and sparked the conscience of a generation. His charismatic leadership inspired men and women, young and old, in this nation and around the world.

Following in the footsteps of his father, in February 1948, at the age of 19, Rev. Dr. Martin Luther King, Jr. entered the Christian ministry and was ordained at Ebenezer Baptist Church in Atlanta.

In 1954, upon completion of graduate studies at Boston University, he accepted a call to serve at the Dexter Avenue Baptist Church in Montgomery, Alabama. While there, he was an instrumental leader in the Montgomery Bus Boycott, made famous by the nonviolent resistance and arrest of Rosa Parks. He resigned this position in 1959 and moved back to Atlanta to direct the activities of the Southern Christian Leadership Conference.

From 1960 until his death in 1968, he served as co-pastor with his father at Ebenezer Baptist Church. Martin Luther King, Jr. was shot while standing on the balcony of the Lorraine Motel in Memphis, Tennessee and died on April 4, 1968.

The above video may include external links to YouTube’s video platform. YouTube’s privacy and security practices and policies may differ from AmeriCorps'. AmeriCorps is not responsible for these links nor does it endorse the content of the third-party website. Find out more.